Interview With Easy On Hold Founder Reveals New Research-Based Approach To Music and Message On Hold. Business Consultant Tom Borg, talking to Tim Brown on the Systems For Business Success Podcast Tom:                      Tim, let’s talk about the new way your company is doing messages on hold. It’s a fresh approach. I’m always impressed with the […]

We started Easy On Hold 20 years ago simply because most business had no idea what to do with callers who had to wait “on hold”. Nobody likes being on hold, but we’re here to do something about it. In fact, thousands of businesses are using Easy On Hold to make “on hold time” a […]

Salon Spa On Hold Messages Growing your business means at some point, you need to do some selling. But in today’s information economy, customers would rather be “informed” than “sold” – so let’s talk about “Seven Tips For Growing Your Salon/Spa Business with information on your telephone. Expect A Need For Salon Spa On Hold […]

Why Credit Union Messages On Hold? Earlier in 2016fff, Easy On Hold participated in the Michigan Credit Union League Marketing and Lending Conference in Kalamazoo, MI. We had a theme of, “Do You Just Happen To Be Obsessed With Member Engagement.” because in the credit union environment, you’ve got to engage members. Specifically, we want […]

How To Write Annoying Message On Hold Scripts It’s easy to write a message on hold script that turns people off! If you’re the caller who has been placed on hold, you’re already annoyed. Who likes to hold? Then there’s the drone of awful synthesizer music, layered with a voiceover that is completely focused on […] 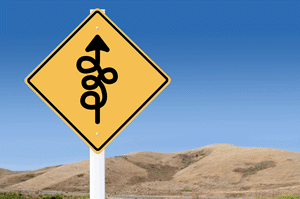 Here’s a quick marketing tip: avoid corporate speak in on hold messages. The sound of a phone ringing is amazingly similar to the sound of opportunity knocking. If a potential customer gave you 30 seconds to say anything you want, would you take that time to make yourself sound smart? Or would you want […]