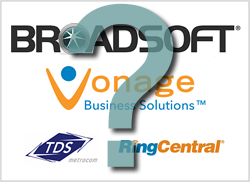 Changing phone systems is never easy. Whether you’re replacing an on-site PBX or moving off-site to a hosted VOIP provider, there will be troubles and challenges. A common problem is the lack of understanding of how the music-message on hold plays.

We recently received an email from a medical office administrator who is very frustrated with his telephone service provider. Seems his spiffy new off-site VOIP service provider can’t figure out how to play his custom music on hold messages the way he wants them played: in a constant rotation. The provider’s hands are tied because he’s only a reseller for Broadsoft, a third-party hosted VOIP telephone platform. That platform starts the on hold audio file from the beginning each time the hold button is pressed.

A local auto parts store franchisee had an off-site VOIP system set up with the 3-year contract signed before discovering that corporate messages on hold was part of his franchise agreement. The messages needed to play in constant rotation rather than from the beginning each time. The corporate marketing team knew that a majority of their on-hold marketing content would not be heard. Needless to say, it was a messy process to back out of the deal, but it had to be done.

It pays to think about the caller experience. Here are 4 basic needs you can share with your potential phone system provider.

Some Improvements On The Horizon?

Some hosted VOIP services have begun to dig into the music on hold repetition problem. In some cases, multiple files can be used or set to rotate. Most providers, however, falsely believe that music on hold is unimportant and ignore the strong customer demand for a better solution.

Vonage has made improvements to its music on hold offering. A business using Vonage may load up to 5 unique audio files, a maximum of 8MB each in size, and choose whether those files are served randomly or in a sequence. The audio file does play from the beginning each time, and will not reset to the start of the file if the caller is placed on hold a second or third time within the same call. There is no way to change files automatically, so you’ll be the one uploading and changing the audio files when the content expires or is no longer relevant. You won’t be able to do “dayparting” either, which would be setting unique messages to play at certain times on certain days. (Note: Vonage has purchased Vocalocity, considered a mid-price hosted VOIP provider. Should we assume that some of these changes will be in place at Vocalocity too?)

Ring Central Has Not Changed Yet

Easy On Hold has been providing music production for Ring Central for many years and recently partnered with Ring Central on a music on hold research and development project. We developed music background edits that Ring Central was able to offer for businesses with frequent cell phone callers. Because cell phones use voice optimizer algorithms, most music sounds distorted. Our new tracks target frequencies that make the music more stable to the ear. Still, however, we are talking about music-only, not marketing messages on hold. Ring Central tells me that they only offer .mp3 or .wav files playing from the beginning each and every time a caller is placed on hold. RC, we love ya, but your “from the beginning” music on hold is annoying.

Most Hosted VOIP Providers Don’t Do Music On Hold Right

As with our medical administrator friend, most businesses are left worse-off by going to a hosted VOIP phone system regarding music on hold. The medical office in question had an on-site system with an external message on hold player that kept the messages rotating and fresh. However, with his new Broadsoft VOIP provider, the off-site hosted system can only play one audio file from the beginning every time the caller is placed on hold. The caller hears the same 30 seconds every time, leaving the other several minutes of good information to waste.

Before you sign the contract with the VOIP provider, ask, “How does the music on hold messaging work? Does the audio play from the beginning every time the caller is placed on hold?” Whether its Broadsoft or TDS Metrocom, or Verizon, or any of a hundred VOIP business phone providers, when the phone service is hosted off-site, you may be giving up music on hold features.

There are better choices (and more than ever before) for small business telephone systems.

For offices with 5 phones or more, we suggest you consider OnSIP. As an OnSIP channel partner, Easy On Hold is able to manage the on hold messaging automation for you and provide an http stream that integrates easily with the OnSIP platform. Read more about OnSIP and call to find out about the many features they offer. Request a free demo here.

If you find a hosted business telephone system provider that uses the Asterisk platform, they can integrate the streaming music on hold solution by Easy On Hold. This allows you to manage all content programming, including time-of-day and day-specific announcements, automatic start and stop dates and more. Tell your Asterisk provider to contact Easy On Hold for information and read about Asterisk Music On Hold.

Don’t get scared when you hear “PBX”. Rather than picturing that big Nortel box in a closet with a thousand wires snaking through the floor, picture something the size of your cereal box. Here are some small digital PBX systems to consider:

Allworx – A small PBX system that supports both analog and VoIP phones — in any combination. The music on hold plugs into a 3.5mm jack on the back of the “server” which, in this case, is smaller than a phone book.

Panasonic – The KX-TDA series is a hybrid PBX, meaning it works with plain old telephone connections and functions like a complete phone system. Use of an external music on hold player is suggested, using the audio jack on the control box.

X-Blue – A very affordable small business solution that allows a music on hold device to plug into the server. Note, you may use the Easy On Hold live streaming technology with a streaming music on hold player plugged into any system that accepts music on hold from an external device.